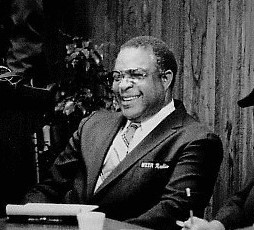 Robert “Bob Carl” Bailey, born in Leighton, Alabama, began his radio career as one of the Shoals area's first African-American announcer at WJOI Radio in Florence, and was one of the first Black radio engineers in the Shoals. He and his wife, Odessa, became the first Black Radio Station owners licensed by the Federal Communications Commission in northwest Alabama when they launched WZZA Radio in 1972. A few years later, the Baileys also purchased WTQX in Selma, Alabama, and became two of only a few African Americans in Alabama to own radio stations in more than one market.

Bob Carl Bailey contributed to the success of Muscle Shoals music history by introducing his friend Jimmy Hughes, another Leighton native, to Rick Hall at FAME Recording. That meeting resulted in the recording of the international hit song “Steal Away” (the first song featured in the lauded documentary "Muscle Shoals"). Mr. Bailey was one of the first African-American music retailers when he and his wife opened their first record store. The original store was opened in Florence and later moved to Tuscumbia. Mr. Bailey also dabbled in music recording, producing a local group's first studio recording. He was a popular event promoter, often bringing concerts to the Shoals featuring artists such as James Brown and Shirley Caesar. Expanding his broadcast media experience, Mr. Bailey created and hosted “Sunday In The Shoals" aired on WOWL-TV, which was the first African-American television talk show in northwest Alabama.

Robert Carl Bailey was the first Black policeman ever hired in Huntsville, Alabama, and was later the first Black Chief of Police for the City of Triana, Alabama. He continued to support law enforcement and the court system throughout his life, while also working with judges, attorneys, and community leaders on behalf of those who were in need of a voice in the courtroom. While he never chose to hold a political office, he often played an active role in local and state politics, and served as a political consultant for local and national candidates. He was twice invited to the White House in Washington, D.C. After speaking out on the vital role of small businesses in Alabama, Bob Carl Bailey was appointed by Alabama Governor Fobb James to head the State's Small Business Administration, making him the first Black man to be appointed by an Alabama Governor for that position. He was a savvy political activist and influential policy maker.

He was a successful entrepreneur, owning several businesses under the umbrella of Bailey & Company. He was one of the first licensed African-American automobile dealers in the Shoals, helping those who would not otherwise have been able to afford it to purchase vehicles. He later assisted dealership owner Fred Lee to establish Shoals Ford, the first Black owned car dealership in northwest Alabama. He helped other Black owned businesses to succeed and in one instance assisted the first Black attorneys to open a practice in the Shoals by paying the salary of their secretary for a full year. In addition to mentoring and assisting businesses, he personally provided jobs, and encouraged other employers to hire African Americans.

Bob Carl Bailey was also generous with his time and finances as a resource to his community. He paid church and home mortgages, utility bills, car notes, college expenses, hospital bills, and bought groceries, and even coal as fuel for homes without electricity. Throughout the years Bob Carl served as a social and community leader by organizing and sponsoring countless benefits and tributes to various community leaders and worthwhile organizations. One such program was in celebration of retired teachers.

On April 16th, 2001, his family, the Shoals area, and the world lost this incredible man who had provided a voice for all people in the Shoals. Often referring to himself as "Bob Carl, the Loud Mouth", he focused not only on issues that disproportionately affected people of color, but chose to be an instrument of positive change for the community at large. Mr. Bailey made a difference, and his legacy continues to be felt as WZZA Radio Station celebrates fifty years of broadcasting.